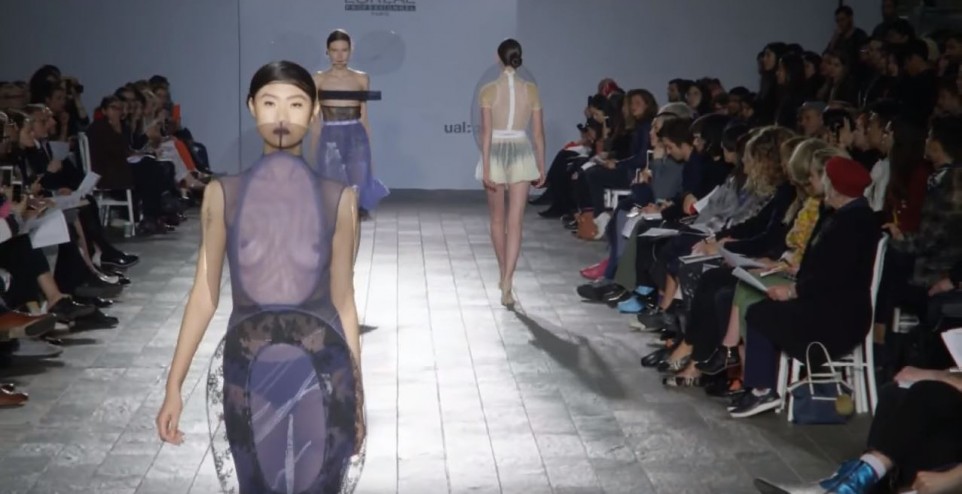 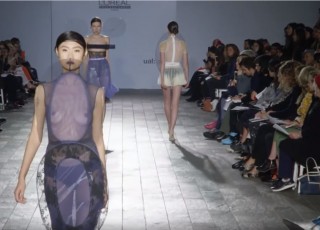 Their names include Sergiy Grechyshkin, Philip Ellis or Jaeeun Shin and, as the students chosen for the 2016 Central Saint Martins’ June 1st press show, these are the names to watch. Sophie Hallette sponsored them by giving a grant to 13 students (9 of whom were ultimately selected for the fashion show) in the form of … lace, the most exceptional, inspirational laces to let their imaginations shine! And shine they did … with their impressive imagination, whether by reviving the silhouettes of valiant knights or provocatively baring the bodies of romantic ingenues.

The exuberant show was also an emotional moment since Willy Walters, director of the school’s fashion department for the past 24 years, is retiring. As a highly-respected figure in the industry, she has been able to spot each student’s uniqueness and push them to the maximum of their capabilities. She also has the ability to build self-confidence and encourage every student to go beyond their limits. Walters has played a pivotal role in building the school’s prestige as one of the most creative, visible fashion programs in the United Kingdom. Central Saint Martins’ amazing roster of former students include John Galliano, Alexander McQueen, Hussein Chalayn, Zac Posen, Stella McCartney, Phoebe Philo, Ricardo Tisci, Sarah Burton, Christopher Kane and Gareth Pugh.

No doubt Willy Walters’ final selection this year, to discover below, is inscribed in the same direction…

As winner of the 2015 LVMH Grand Prize scholarship and the Sophie Hallette 2016 Award, this young Ukranian promotes “anything-goes” experimention and spontaneity by mixing laces and wires in games of transparencies … as strange as they are sensual. We love it! 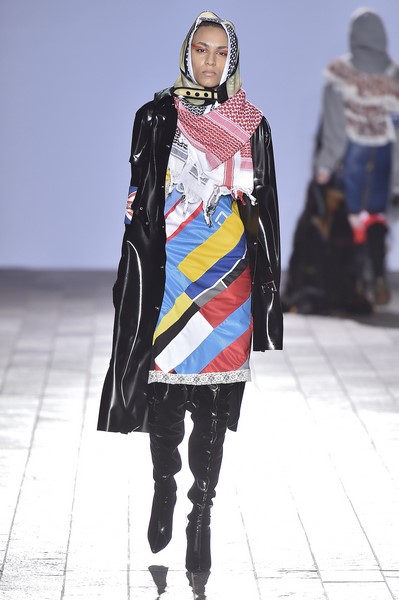 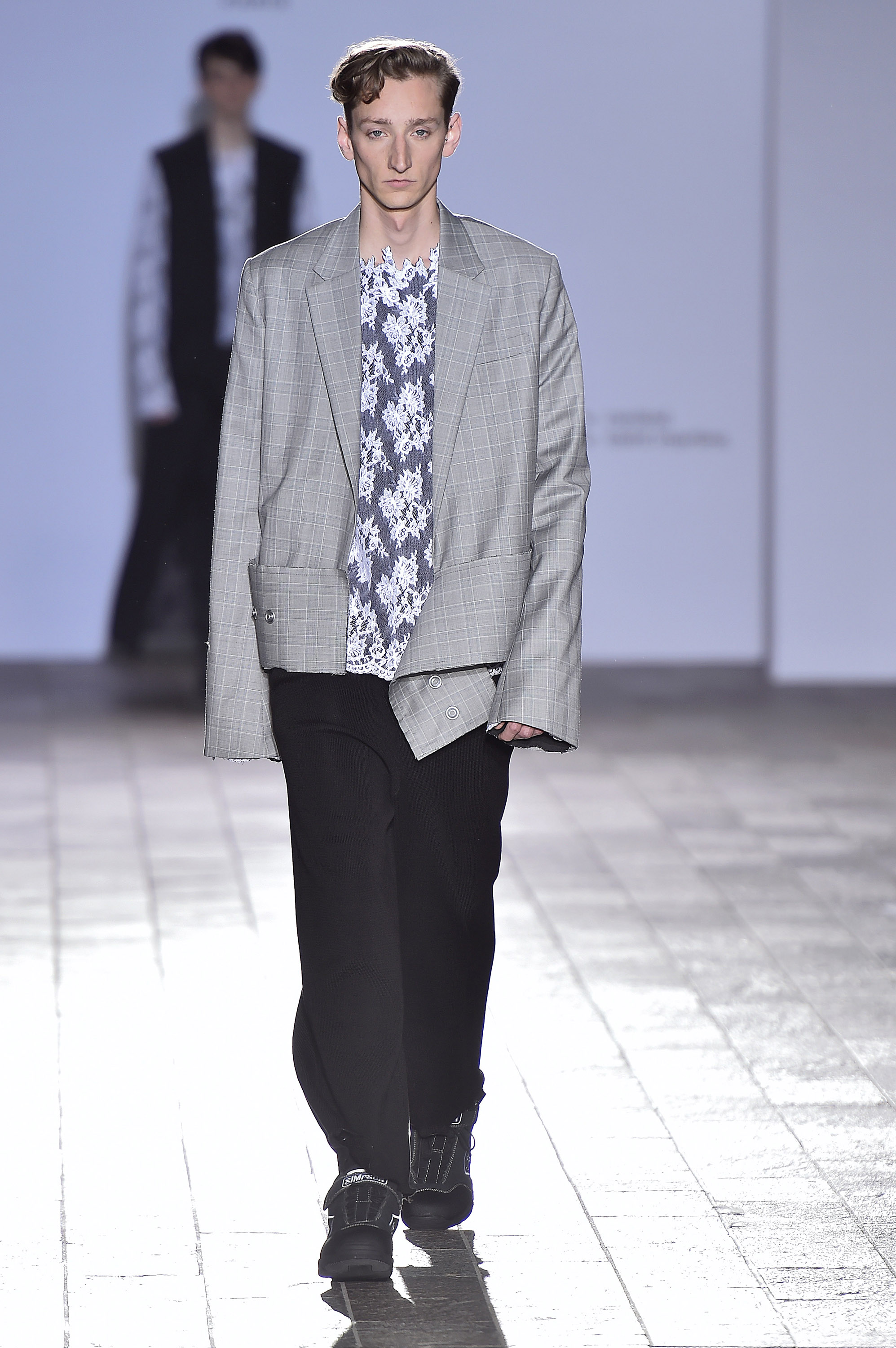 Philip Ellis: the return of a punk attitude

There’s a bit of Vivienne Westwood’s early years in these punk silhouettes mixed with a whiff of flowered Russian nesting dolls. A definite political attitude from a designer who is also a young memberof the Vêtements collective for its Haute Couture line 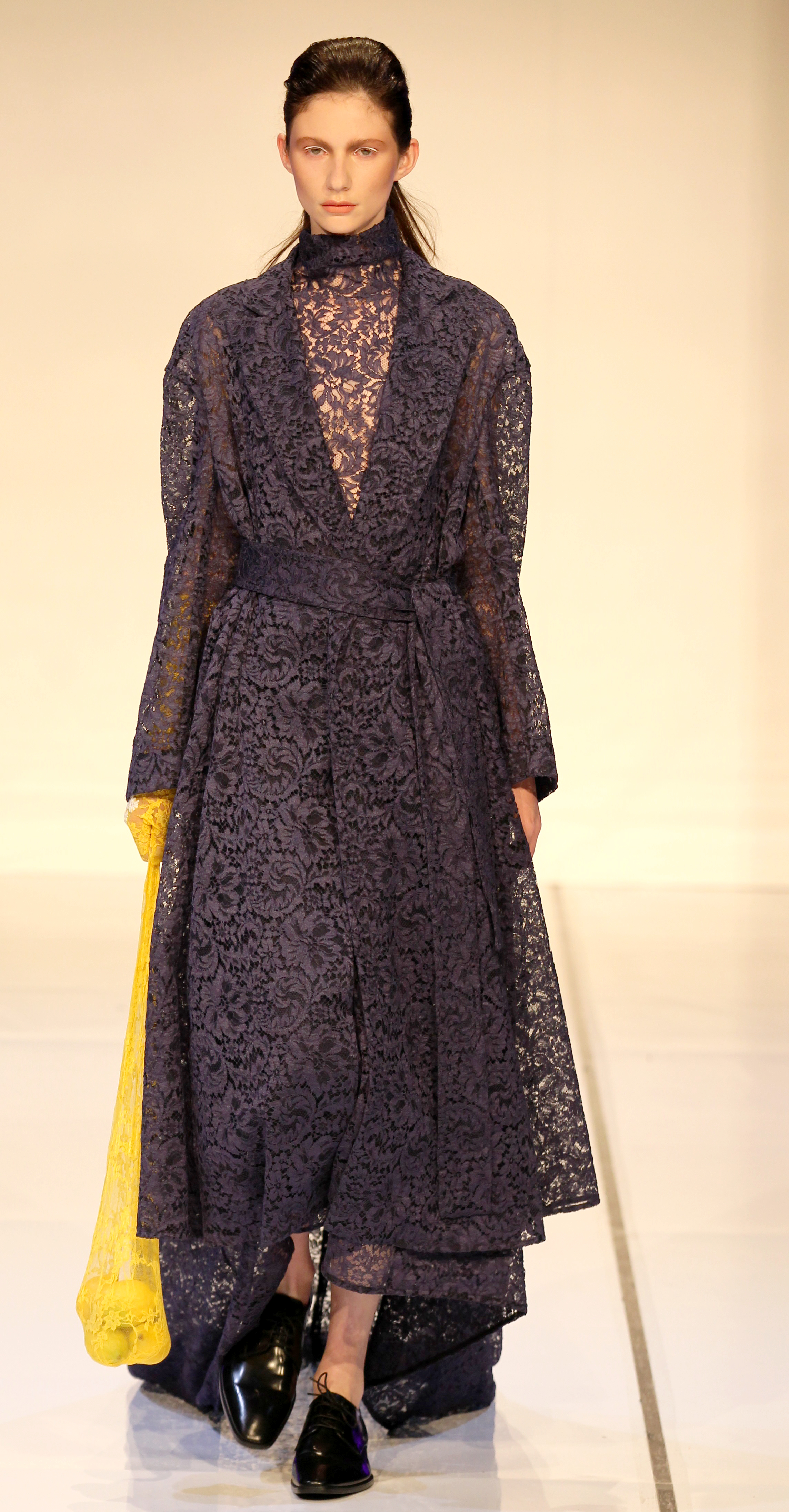 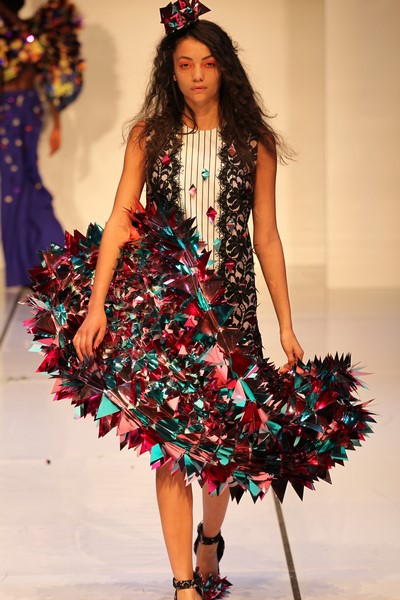 Jaeeun Shin: the triumph of lace

A black dressing gown contrasted by a lemon yellow bag or a red bodysuit with endless sleeves … all in meters and meters of lace. An impressive balance between delicate fabrics and an energetic silhouette!

Elegant, puffy shapes are made out of fabrics cut like paper while lace appliqués add an unexpected charm. 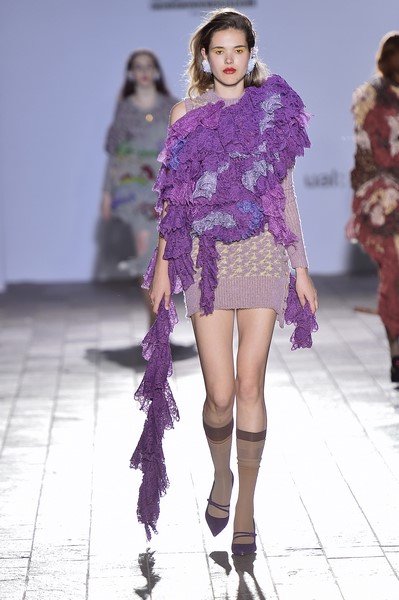 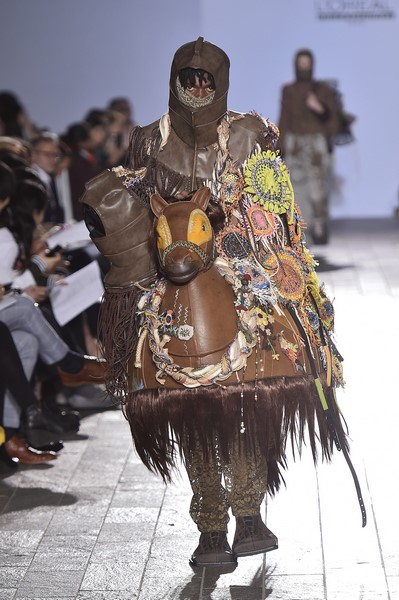 Mini sweater dresses and stoles made from bits of lace: a mix of the eighties, skillful knits and bright colors show the emergence of a very seductive talent

This young student reworks folklore from around the world in tribal silhouettes that indicate an impressive technical virtuosity. 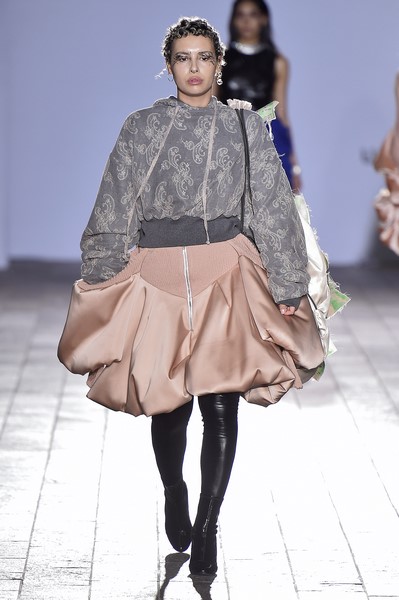 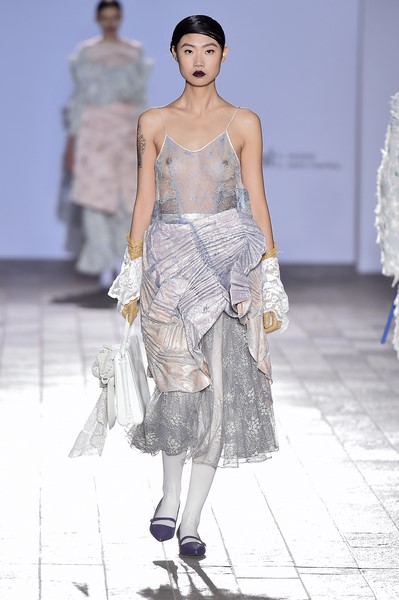 With her bubble skirts and XXL jackets, she multiplies shapes in dramatic silhouettes that are also extremely sexy and bling.

The prestigious Inditex scholarship honored this Korean revelation whose layered silhouettes either used accumulated rips and tears to create feathery effects or used lace in delicate, off-beat ways for a disturbing romanticism.