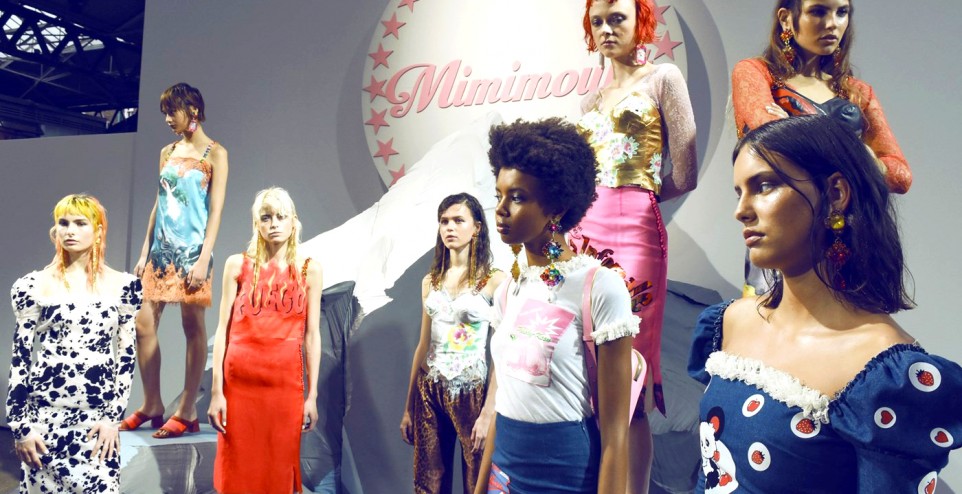 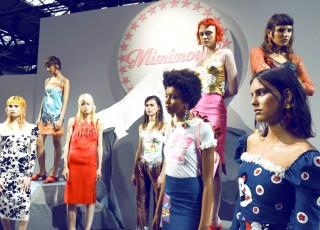 She has green hair, is barely 25 years old, adores horror movies and is both a top model and designer who’s going up-up-up! She’s already dressed her idols Pamela Anderson and Lana Del Rey but cites her grandmother (!) as her fashion inspiration. And more important: this former Central Saint Martins student is being supported by Sophie Hallette! 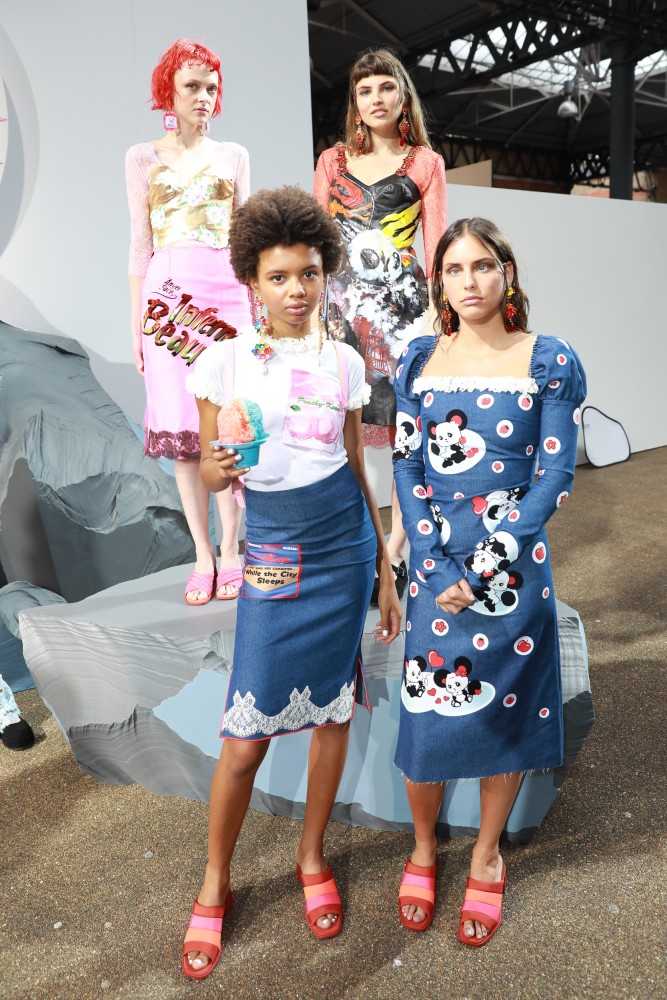 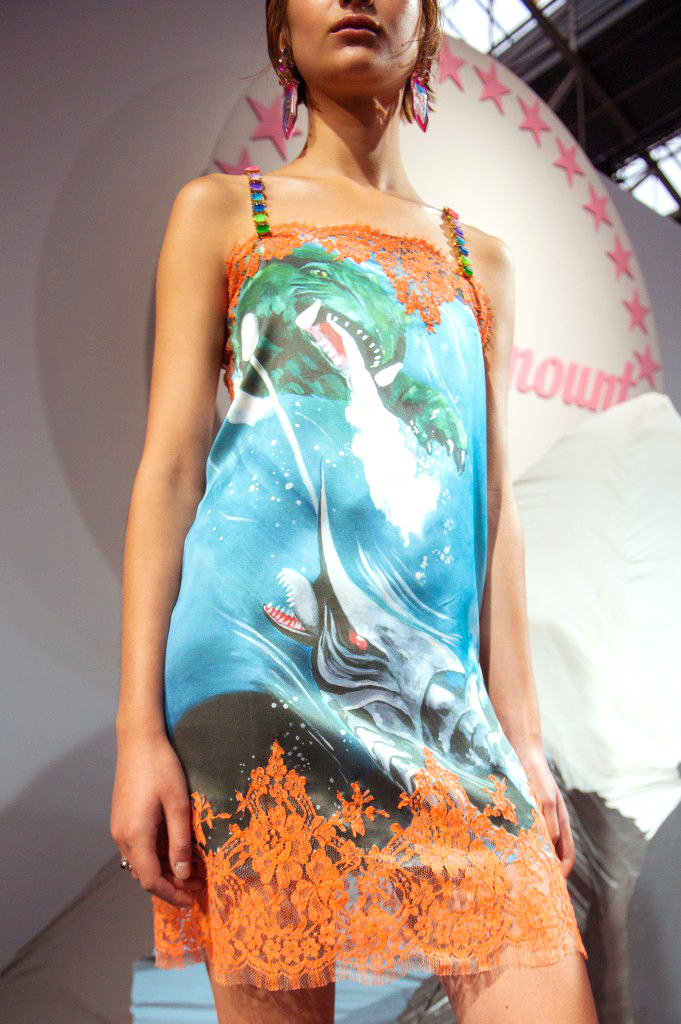 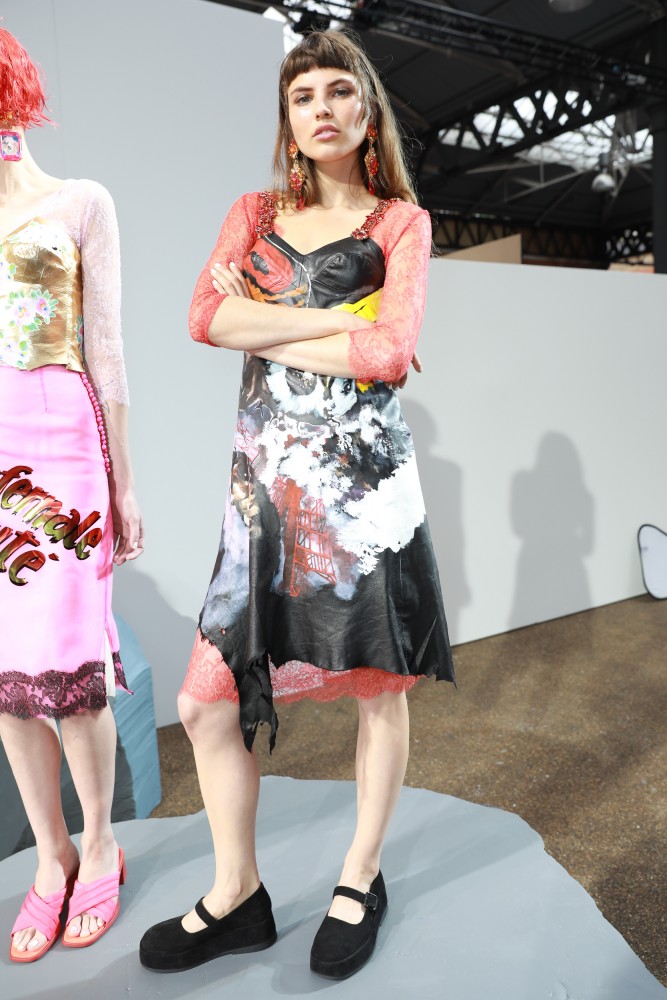 Yes, Mimi Wade is an amazing phenomenon! This British Vogue IT-girl’s show is highly anticipated during each London Fashion Week with her totally feminine – and feminist – fashions. Her silhouettes are rooted in a fifties pin-up mythology: balloon-sleeved dresses with cherry motifs, lace appliqués on silk nighties … (P.S. the grandmother cited above was a 50s Hollywood starlet who appeared in the cult film The Blob, among other movies). Mimi Wade’s brazen cinematographic world channels fantastic American B-movies, Japanese sci-fi films and the cinema noir of the Golden Age. Yet her take on retro is treated with such outrageous accumulations that it ends up being contemporary – a debauchery of ultra-bright colors and protest slogans. One fashion critic even referred to her look as “passive-aggressive kitsch”!

The results are mind-blowing creations that resemble their designer, the kind of beautiful eccentric England turns out so magnificently. A sort of 2.0 Vivienne Westwood whom Sophie Hallette is proud to supply with laces – even if she lacerates them!