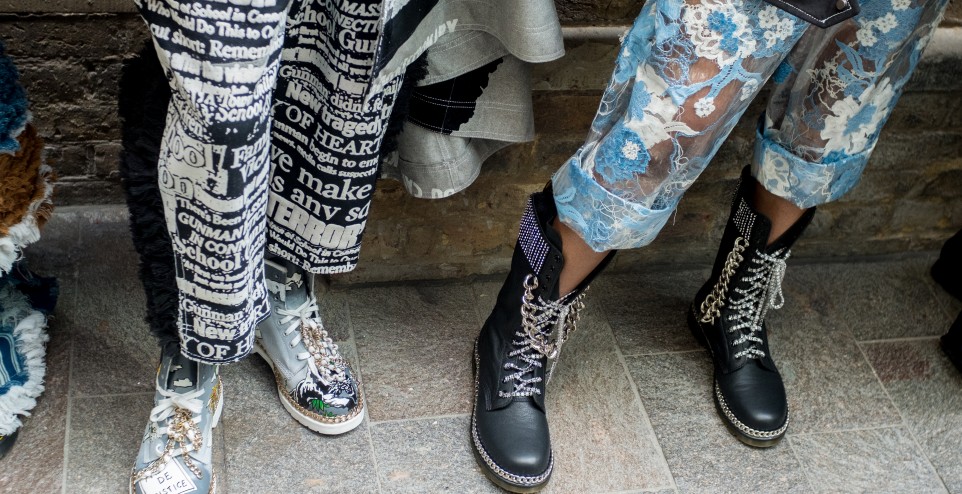 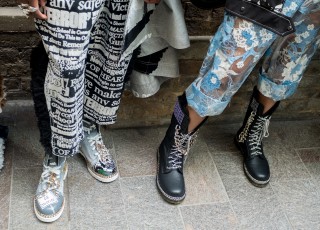 The winner of Saint Martins x Sophie Hallette Award 2017 … is her! Tolu Coker, a student whose already clearly-defined universe is nourished by references to black culture and filled with slashed denim, net tops … and floral lace. The young woman (also an exceptionally talented illustrator, notably for Martin Magiela) rose to the occasion by incorporating Sophie Hallette laces in her collection with astonishing flair. A conversation.

The starting point of the collection was very personal. It was all about identity. It was coming at a time where I felt the world was at major crisis – you had a real outcry amongst communities against the killings of black men and women particularly in America, but then you had this real sense of a revolution and solidarity on an international scale with people standing up for justice. I knew that there were unheard and untold stories, which people needed to know about to give the shift context. I don’t believe that ideologies of one’s ‘blackness’ defines a person, but alike any other societal classification, circumstance and political/social climate can really make us internalise things and navigate our lives trying to feel a sense of belonging. I decided I wanted to document the lives and stories of what would be considered black heritage individuals, growing up and living in Western society. I chose 4 strangers, in London and Paris. Ayishat, Marie, Loick and Ivan had so much direction over where the collection went because I just had to sit back and listen. I designed around their lives. The Black Panther references, the hip hop references and the gender and religious references all came organically from their stories. That’s how REPLICA was born. And it made for a collection that represented real people.

The unconventional use of lace

Lace is more of a rarity in its nature – an exquisite, expensive and desirable material which is conventionally associated with luxury, status and privilege. I wanted to put lace on a pedestal and showcase it in two lights. Both this desirable interpretation, but also a deconstructed way, showing how it can appear to represent a completely different message, depending on how it is presented. I chose a mix of bold graphic lace and more delicate lace from the Riechers Marescot collection to create a contrast.  Dyeing the lace in different shades of blue added to the effect of layering In my final look, which is a detachable jumpsuit/gown with an open back and extravagant train, I used lace in a delicate way, combined with tulle, but I decided to mix it up and make an unconventional statement. I recreated an illustration I did of Ayishat, it was her smoking a joint outside, such a candid moment where she looked entirely herself, at peace with the wind in her dreadlocks. I remember her telling me that although people consider her to look and be very androgynous, she internally feels extremely feminine. Lace was the perfect way to capture that. For the transparent jeans, I used the remnants of denim threads and combined it with the lace, trapping it inside layers of pvc. The silhouette was reminiscent of a vintage 80s/90s jean (again another reference to Marie’s upbringing in Paris with hip hop group ‘Salt n Pepa’ as role models of the time) but denim wasn’t the main material. An entirely new interpretation of lace as the ‘jean’ created a representation of an accessible, mainstream fabrication; one which screamed rebellion, youthfulness, but at a closer look exposed a fragility when the delicate floral patterns appear through the marriage of materials.

I’d love to travel and share my work. Expression is for sharing. I know I’ll still be designing and creating, and I love people and new experiences so working with existing fashion houses is definitely something I’m open to. But I would definitely love to have my own brand – I have my own message and story to tell so I think I owe it to both myself and everyone else to give my contribution to society. 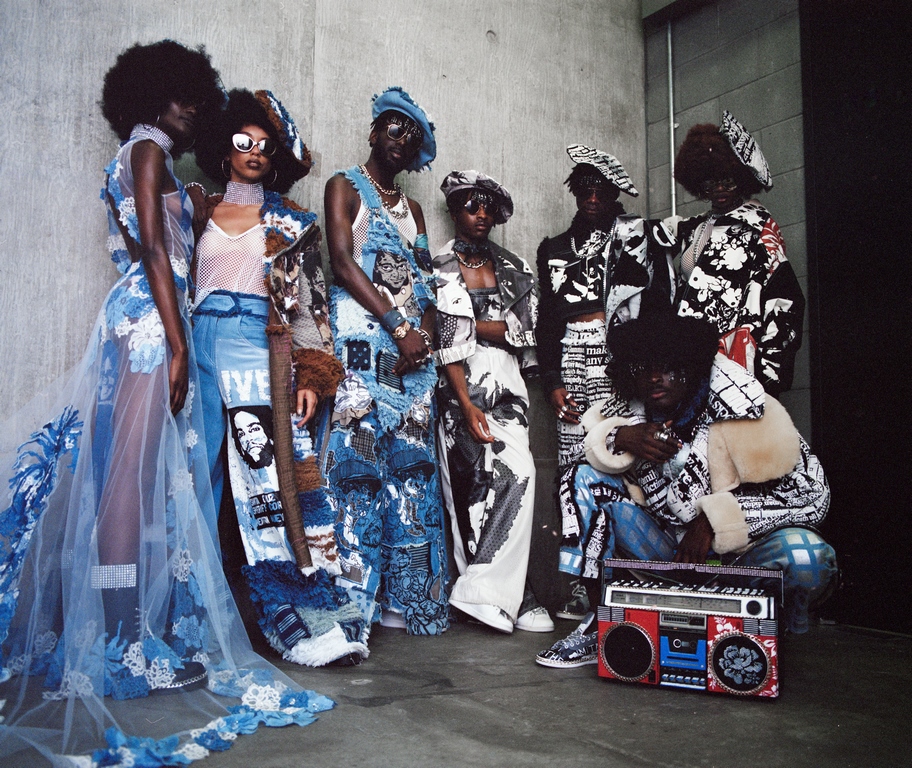