An international living reference in the art of making French lace and tulle, the story of the House of Sophie Hallette was woven in collaboration with the top names in 20th century haute couture and continues today with young couture and contemporary designers. For more than 130 years, the House of Sophie Hallette has passionately, perserveringly created unparalleled tulles and laces that inspire haute couture, ready-to-wear, decoration and luxury lingerie designers from around the world.

Lacemaker Eugène Hallette founds the Maison Hallette in Caudry with six Leavers weaving looms. It is the third largest weaver in a city with one hundred and forty lacemakers and almost four hundred looms. His widow succeeds him in 1898 and continues to develop the factory.

By the 1880s, Caudry and Calais laces, especially the creations from Maison Riechers Marescot, are known around the world and adorn elegant women in the courts of Russia and England. 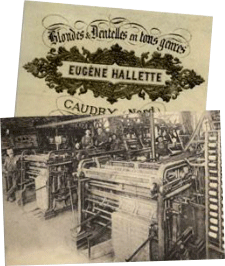 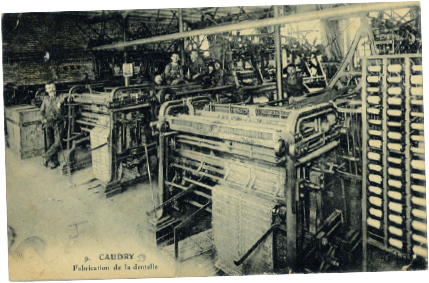 At age twenty-three, Etienne Lescroart buys the Veuve Eugène Hallette establishment. He builds an office and workshops on the property to house new looms. The development of Maison Hallette continues. In 1952, there are fifty employees. 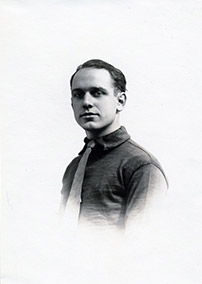 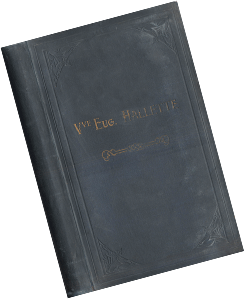 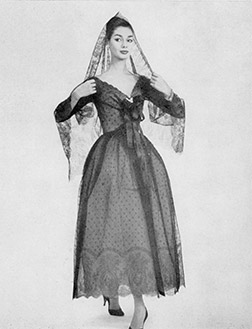 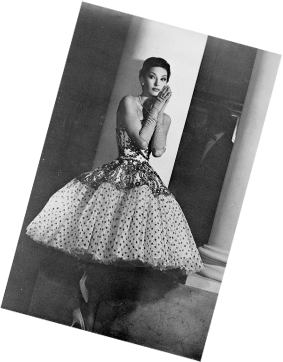 Christian Dior & Jeanne Lanvin
In November, Marilyn Monroe is seen in a white bustier dress made of lace from the Hallette workshops. The house’s first international recognition! 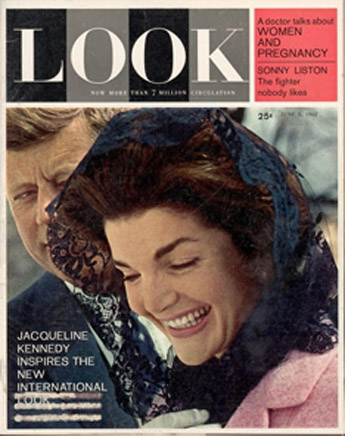 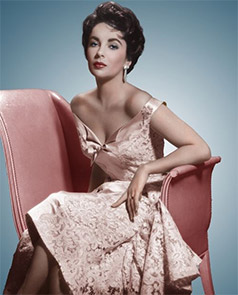 Bruno Lescroart joins his father Etienne and becomes president in 1985, bringing new momentum to Sophie Hallette as it develops internationally and asserts its creative impact. In 2000 Bruno’s son Romain joins the family business, confidently propelling the house into the future and becoming head of the company in 2013. In 2003, his sister Maud comes on board and over time relaunches the brand, structures the house’s creative possibilities, develops its renown and explores new territories. 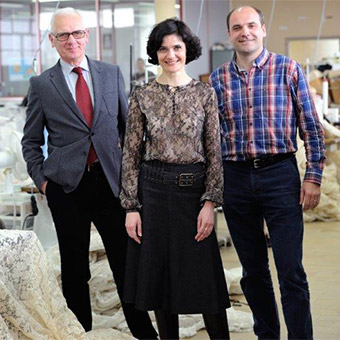 Establishment Hallette opens the “Dentelle Sophie” présentation space in Paris’ Bourse neighborhood that today is the company’s showroom. In the late 1960s, the house has even more haute couture and luxury ready-to-wear clients. Today, fully-renovated, the showroom is a place to highlight the collections and a shop while the company becomes a patron for prestigieux fashion schools worldwide. Make your personal appointment at the Sophie Hallette boutique.
The workshop moves to the larger Mélayers establishment in Caudry. This former tulle factory, acquired by Bruno Lescroart, has bobbinet tulle looms that will be patiently restored over the next ten years. The quality of the tulle they produce has an extremely fine, resistant weave with an incomparable, handcrafted beauty. Sophie Hallette’s mastery of techniques, industrial heritage and experienced workers allow it to monitor each step of creation and manufacturing in lace and tulle production. The house becomes one of the world’s leading producers of bobbinet tulle. 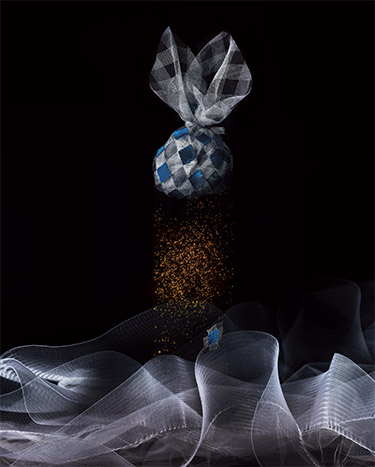 Thanks to the initiative of Bruno Lescroart, Sophie Hallette acquires the « La Caudrésienne » dyeing house. Founded in 1898, this company perfected the art of embellishing and coloring laces for haute couture, ready-to-wear and lingerie.
Sophie Hallette acquires the prestigious Riechers Marescot company whose history is intimately linked with fashion. It is known worldwide for sumptuous laces used by international haute couture designers and high-end ready-to-wear companies. Still produced in Calais, its entire collection is now part of Sophie Hallette. 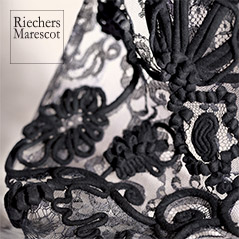 Sophie Hallette buys the Calais company EuroDentelle, a specialist in weaving lingerie lace on Leavers looms. The house is now equipped to meet the needs of top French and international luxury lingerie brands.

Agent Provocateur
After acquiring Lace Clipping in Calais – a company that clips and scallops lace - the Sophie Hallette purchases Manufacture de Dentelle de Caudry (MDC), an enterprise that produces garment and upholstery lace. Its vast pattern archive, valuable looms and skilled workshops enrich the heritage of Sophie Hallette.
On April 29 Catherine Middleton, the Duchess of Cambridge, marries Prince William in Westminster Cathedral, London, wearing an Alexander McQueen dress made of the House of Sophie Hallette lace. Thanks to the “marriage of the century” seen by 2 billion television spectators, Sophie Hallette proudly becomes part of History. 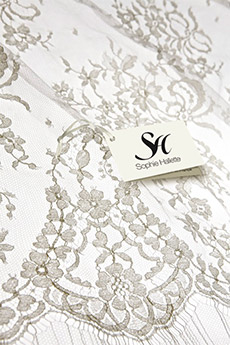 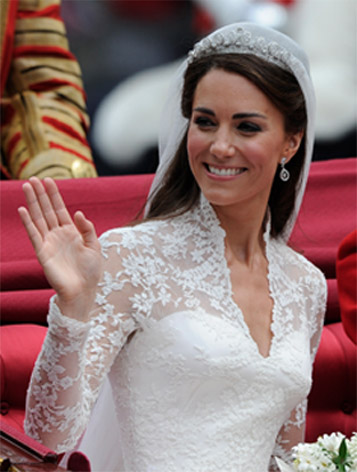 On September 27 for the world’s most “glamorous” marriage in Venice, the beautiful Amal Alamuddin becomes Mrs. George Clooney in an Oscar de la Renta dress of white lace from Sophie Hallette. 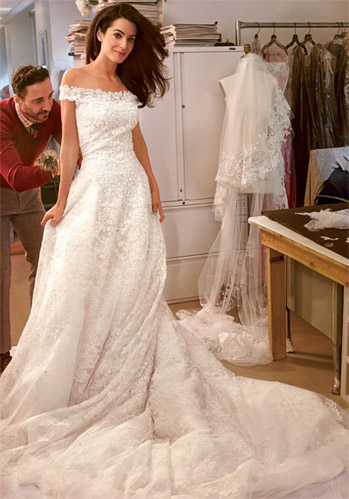 A year overflowed with major events.
In January, the company undertakes a major move for its looms that are now grouped together at the La Ramette site. This new 16,000 sum building is large enough to house the group’s entire Caudry fleet of Leavers and Bobbinet looms.
In April, the prestigieux Maison CHANEL becomes a miner shareholder of the Sophie Hallette company.
In May, Sophie Hallette buys the Calais lacemaker Codentel, a spécialiste in cotton lace trams. In September, Dentelles MC in Gaudry, with its range of Leavers looks destiner for ready-to-wear, are entirely integrated into the Sophie Hallette group. 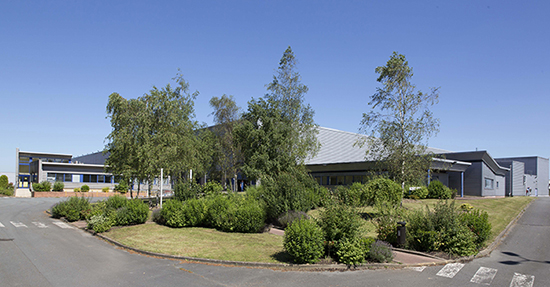 In November, the Sophie Hallette company opens its online boutique. Its iconic Chantilly laces, guipure laces in thousands of colors, every possible width of trims and irresistible accessories are now available anywhere in the world on the Sophie Hallette Store.

Relocation of Leavers and Bobin looms to the La Ramette site. 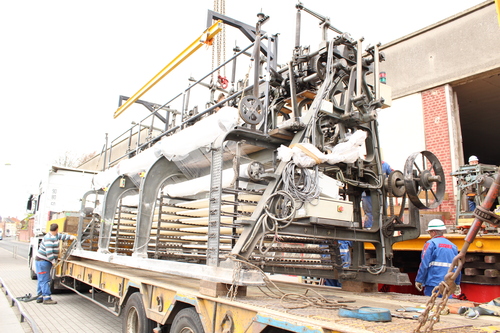 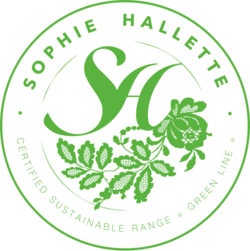 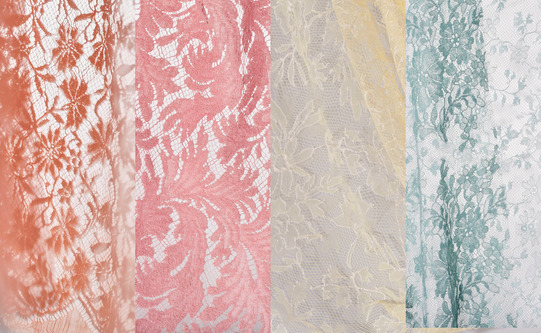 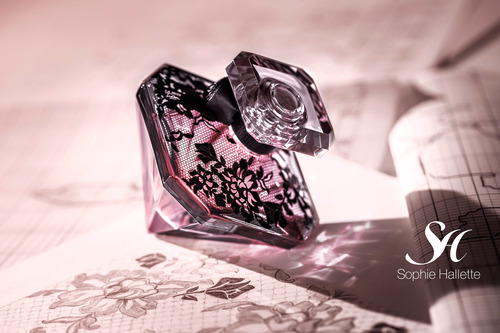 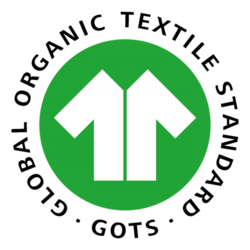